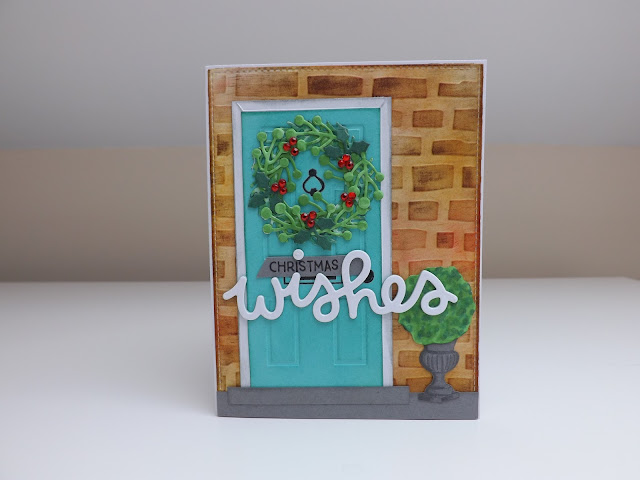 A Christmas card using the Home for Christmas embossing folder, stamps and dies from issue 154 of Simply Cards and Papercraft :D This is such a versatile free gift, as its great for Christmas cards, but also new home cards, moving house cards, wedding cards or even an invitation to a dinner party :D I decided to make this one a Christmas card, and I went for a more simple looking front door rather than using the whole of it which is a bit ornate for my taste lol :D and plus it was a bit to big for the size of card I like to make too :D I combined my front door with a brick embossing folder, this one is from Papermania, and I coloured it using Distress Inks and an ink blending tool... I started with a coating of Spiced Marmalade, then added some Brushed Corduroy, I also added a few hints of Ground Espresso, Walnut Stain and Candied Apple too (Fired Brick would work perfect, but I don't have it lol) :D I also added a little bit of shading with Hickory Smoke around the white door frame and also on the front step and ground too :D And I added a little bit of Evergreen Bough to the door too :D

For all of my stamping, I used Hero Arts Charcoal ink, however I did end up drawing over the 'Christmas' stamp as it looked a little too light on the grey cardstock (all the coloured card used is Creative Expressions Foundation Card :D) For the second half of my sentiment I used the new scripty Wishes die from Lawn Fawn, I love their range of scripty dies sooo much!!! and to make this a little bit different to how I would normally do it, I layered two teal coloured die-cuts and then one white one on top :D For the wreath on the front door, I used the base wreath die and holly die which come with the magazine, but I also used the two little branches from the Sue Wilson Berry Sprigs die set (I love this die set, I used it to create my heart wreath on a card I posted a little while back :D) I felt like it needed to be a little bit bushier, and I thought this would be the perfect addition :D I cut all the pieces out of Pastel Green Foundations card, and then I used a mixture of Leaf Green, Forest Green, Pine and Holly Promarkers to add a bit of variation between them, and I also used the same colours in the foliage in the earn too so they tied together :D For the earn, I used Cool Grey 3, 4 and 5 to add a bit of shadow and dimension to the stamped image... and then the final finishing touches were some tiny red gems as the holly berries (I just got these the other day, they're from Hobbycraft and they're brilliant! only £1 for the pack and they're all separate too which is fantastic :D) Hope you like the card :D 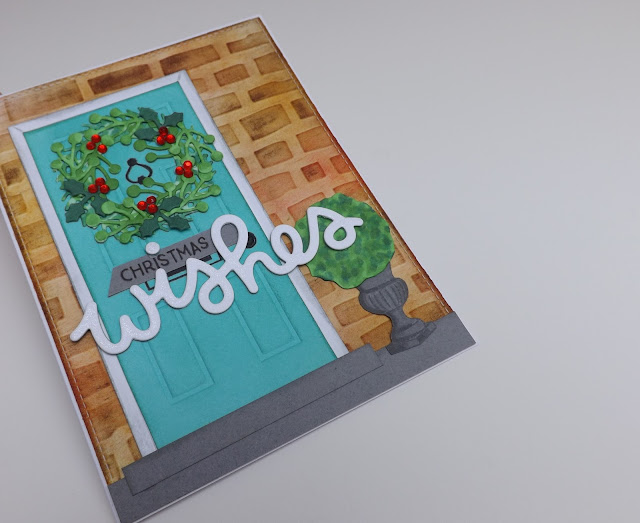 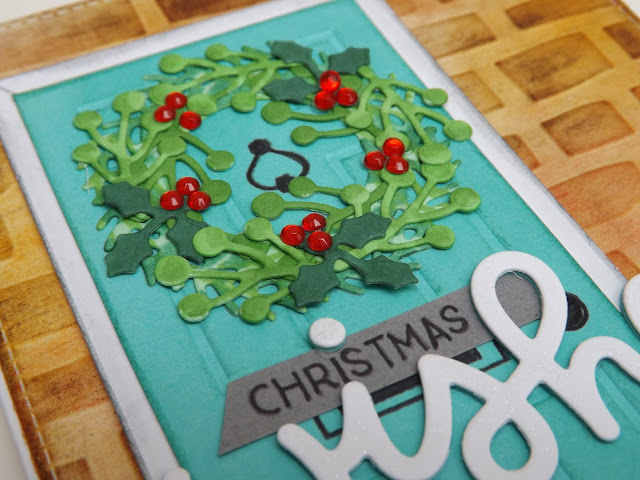 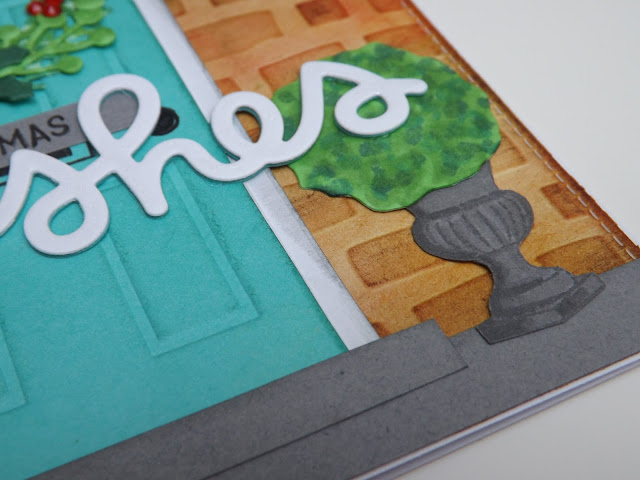 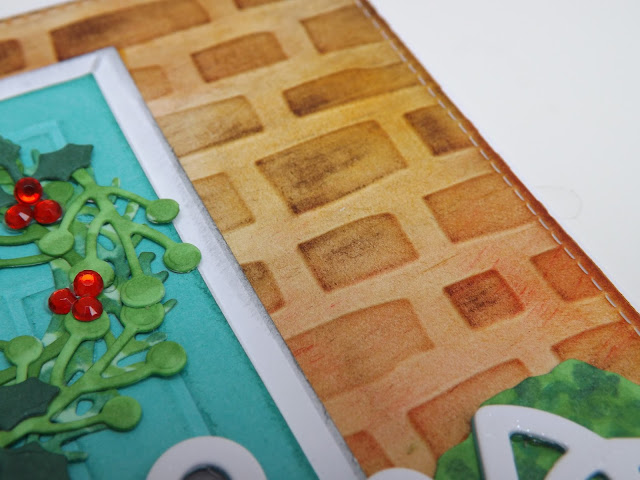 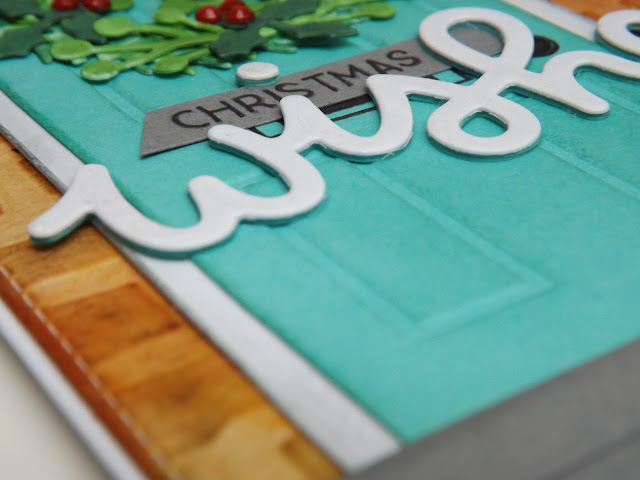