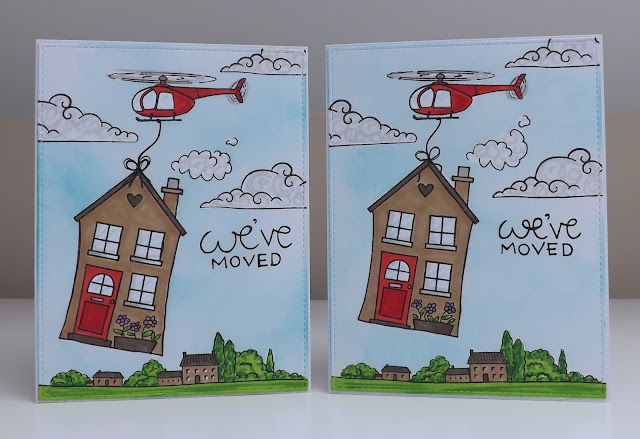 For this pair of cards, I had this funny idea to make a 'we've moved' card with a helicopter carrying a house, so I used the Up in the Air stamp set from issue 33 of Creative Stamping, and paired it up with a Simon Says Stamp stamp set :D These are a pair of really simple cards, they just require a little imagination and a lot of colouring :D

I started off by stamping out my scene, everything is really simple as there was no masking involved... however I did alter the house stamp, the stamp I had was too big for this card, so I only inked up the top two thirds of the stamp, then once I'd stamped in the windows and door, I completed the bottom of the house with a fine black pen :D I also added a little letter box to the front door, a front door step, a planter with flowers in, and also a string and bow attaching the house to the rail of the helicopter :D I then decided that I wanted a blotchy sky background, so I used some Pebeo masking fluid to mask off everything in my scene, leaving the background uncovered so I could add some colour :D I used Peacock Feathers Distress Ink and a mini ink blending tool to create my sky effect, I then wiped off any excess ink from on top of the liquid mask (this is so that it doesn't transfer to the image you were masking when you rub it away!) and I then rubbed of the masking fluid :D

As usual, I used my Promarkers for colouring, I used Red, Poppy, Bright Green, Forest, Pine, Caramel, Cinnamon, Umber, Powder Blue, Warm Grey 1, Warm Grey 2, Warm Grey 4, Gold and Purple :D And as a finishing touch, I added some Spectrum Noir clear overlay sparkle :D And I also added my own custom sentiment of 'We've Moved' I could have used stamps, but I was being lazy so I just wrote it out, I really like mixing up fonts at the moment whether its handwriting or stamps, I think it makes the card look more interesting, and it makes it look like you've pieced together the sentiment yourself :D Hope you like the cards :D

A few more photos below :D 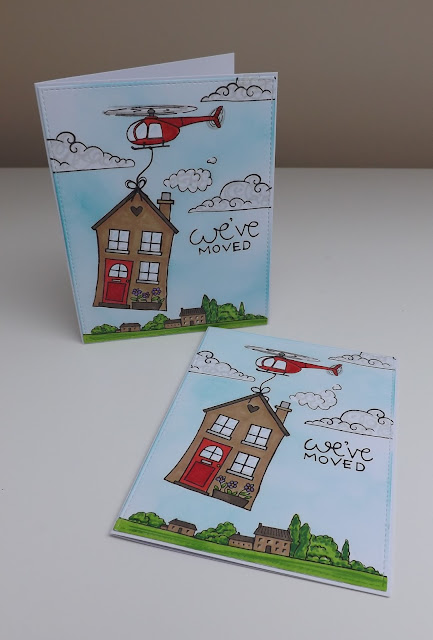 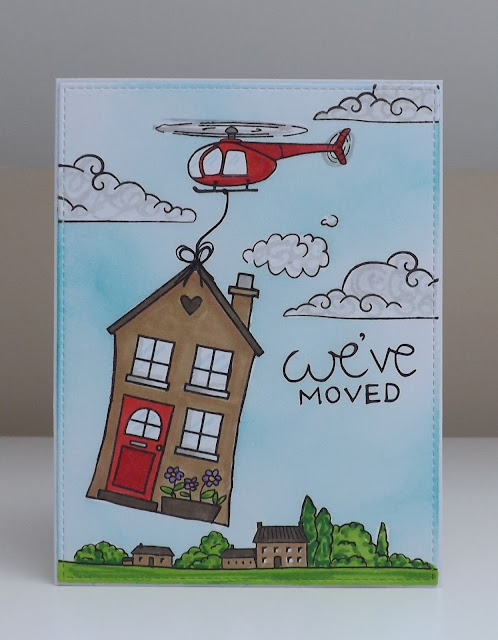 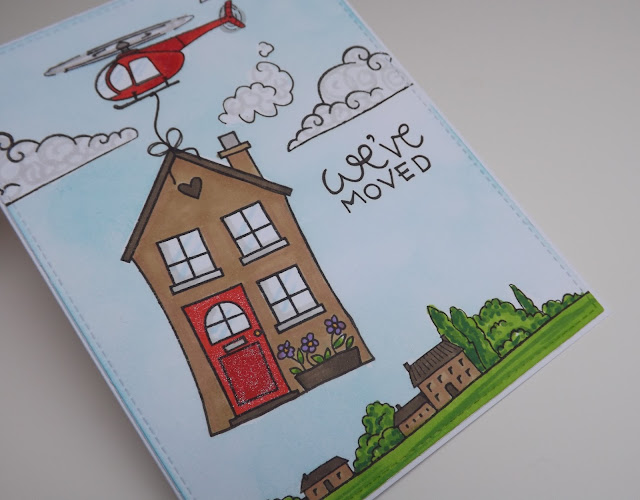 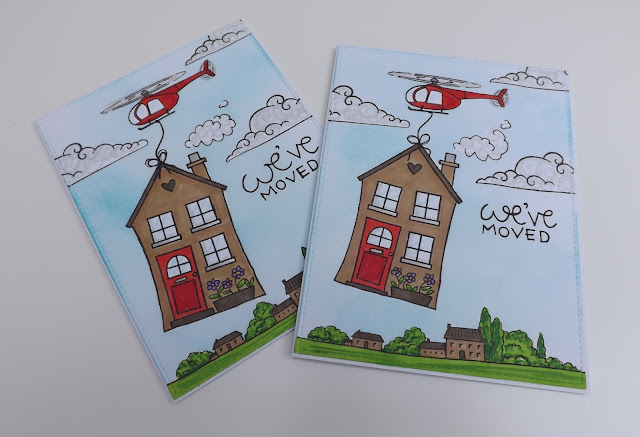 Posted by Crafti Potential at 19:00