Up Up and Away :D 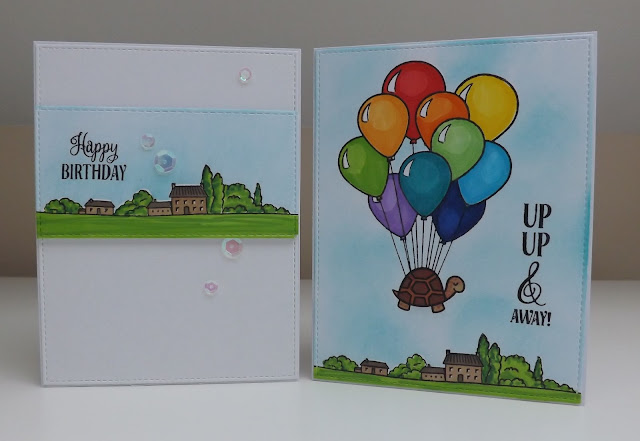 I created these cards using the amazing free stamp set from issue 33 of Creative Stamping :D There is so much in this set, it's incredible! I'll definitely be making lots more cards with it! It was very difficult to decide which of my ideas to try first :D :D

I really love the houses and trees stamp, hence why I've used it twice already lol :D and I just had to make the card with the tortoise on! I thought it was sooooo perfect to have him attached to the balloons! I originally got this stamp (Lawn Fawn Year Two) about 3 years ago because my neighbour has a tortoise called Charles, and since then he has featured on quite a few cards having lots of little adventures lol :D You can tell my stamp set is well loved in the video, most of the stamps are almost black lol... So for the tortoise card, I started off stamping 'Charles' where I wanted him, then I also stamped him onto a sticky note, and I cut this out to mask him off... I then stamped the balloons above him, and because he was protected the strings now look like they're behind him :D I also decided that I wanted a blotchy ink blended background to give the illusion of a blue sky with a few patchy clouds, so I created masks for all of the elements, and for the larger parts I used a roll of sticky note I got in WH Smiths years ago (I think the posh version is called Post-it tape). I then used a mini ink blending tool and some Peacock Feathers Distress Ink to create my sky on both of the cards :D

For the colouring, I used Promarkers; Red, Pumpkin, Gold, Canary, Leaf Green, Bright Green, Marine, Cyan, Purple and Indigo for the 10 balloons then Leaf Green, Forest, Pine,Caramel, Cinnamon and Umber for the scenery and Caramel, Cinnamon, Cocoa, Walnut and a tiny bit of Umber for 'Charles'... When colouring the balloons, I wasn't really sure what would be best, so in the end I gave each one a base colour, then went back in with the same colour once some of the solvent had evaporated and added in some darker areas leaving a 'highlight' and I think this worked quite well :D The final finishing touches were then either some Spectrum Noir Clear Overlay Sparkle Pen or a scattering of sequins :D Hope you like the cards :D :D :D

To see the process behind these card, please watch my YouTube video below, or over on my channel CRaFTi PoTeNTiAl :D 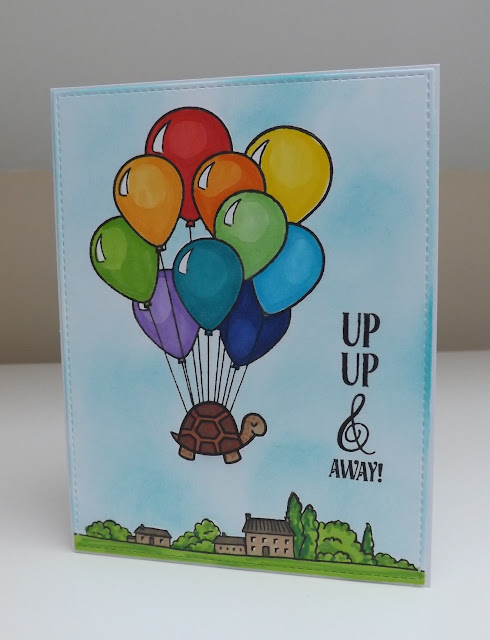 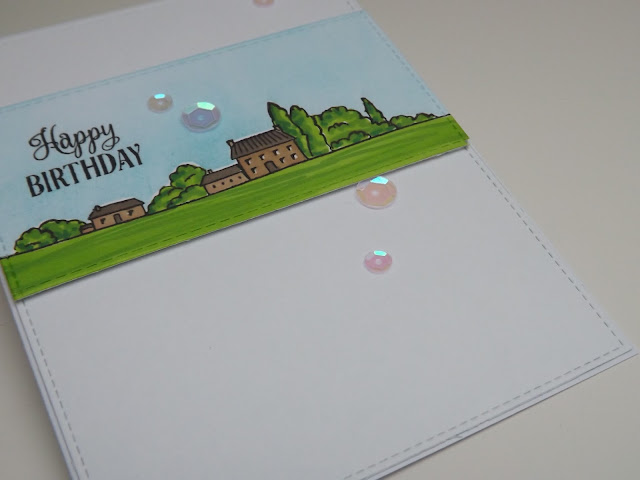 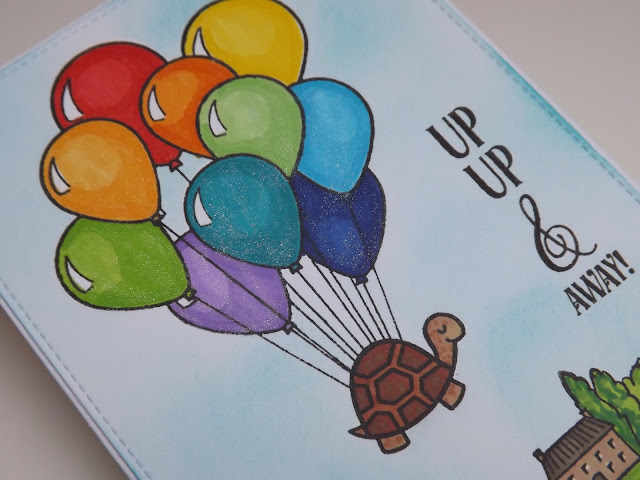 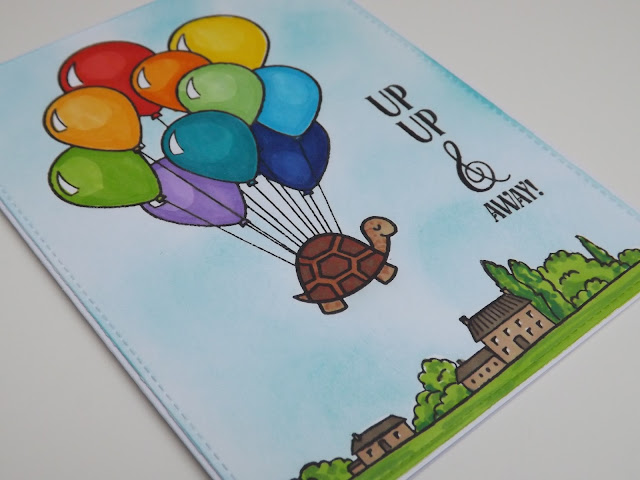 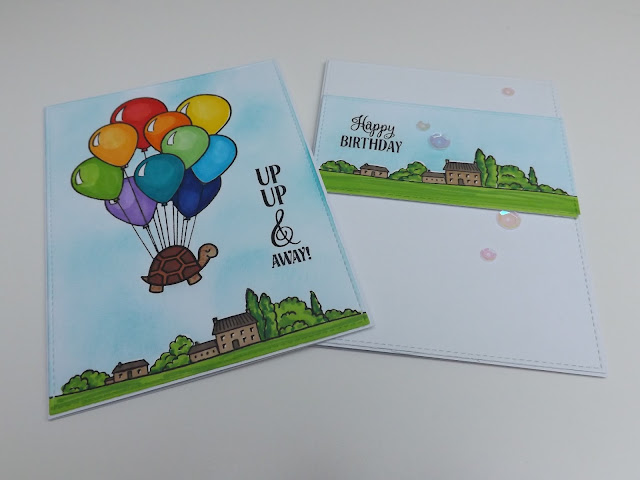