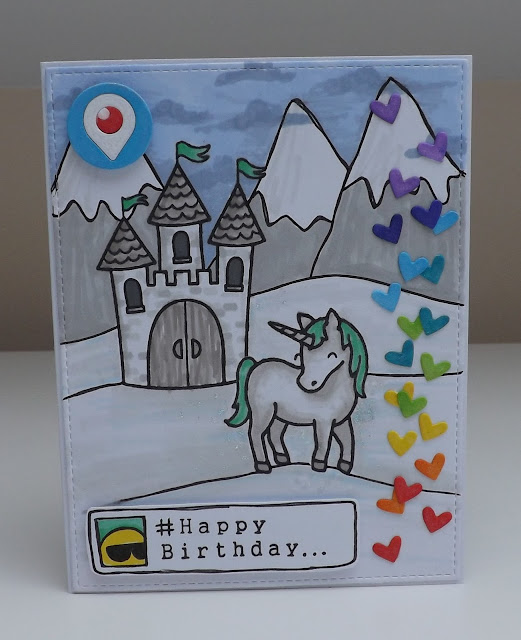 I was inspired by Periscope for this card, I love the way the hearts appear up the right hand side, so I created a scene on this card and am pretending its a Periscope broadcast :D I used the Lawn Fawn stamp set Critters Ever After to create my scene, I started by stamping the unicorn and masking it off, and them I stamped the castle slightly behind :D To create some perspective and more of a scene, I drew in a few snow slopes and a mountain range in the background :D I used a lot of Promarkers in this card! I will try and list them all, Warm Greys for the unicorn and castle, Cool Greys for the mountains and the snow (to give more of an icy feel), Soft Green and Mint Green, China Blue and Cornflower for the sky, then for the rainbow of colours; Red, Pumpkin, Canary, Bright Green, Marine, Sky Blue, Prussian and Purple, then also Cyan, Agean and a white gel pen for the Periscope logo :D

To create the Periscope logo, I used a small cirlce die, and also a geo tag die which came in a die set I got ages ago, I think it was by We R Memory Keepers :D and for the hearts, I used the strip of heart die from the Lawn Fawn Small Stitched Journalling Die :D I then added some Clear Overlay Spectrum Noir Sparkle Pen and a little bit of Crystal stickles too, hope you like the card :D
I was inspired to do a Periscope themed card by Amy R (aka Prairie paper and ink) as she's the reason I got Periscope so I could watch her broadcasts :D


More photos below :D If you have any questions, please do leave them in the comments :D 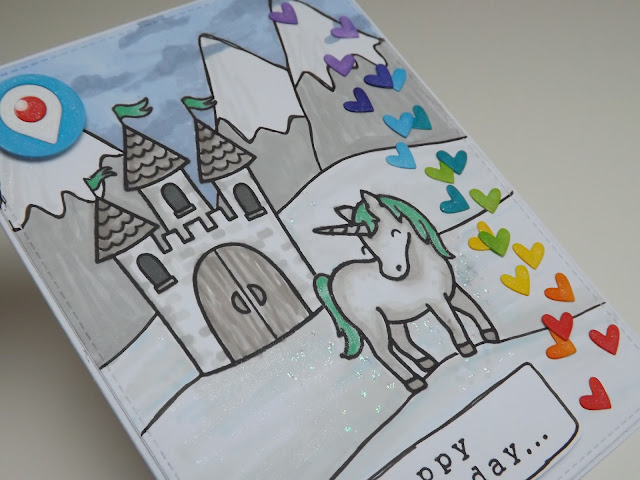 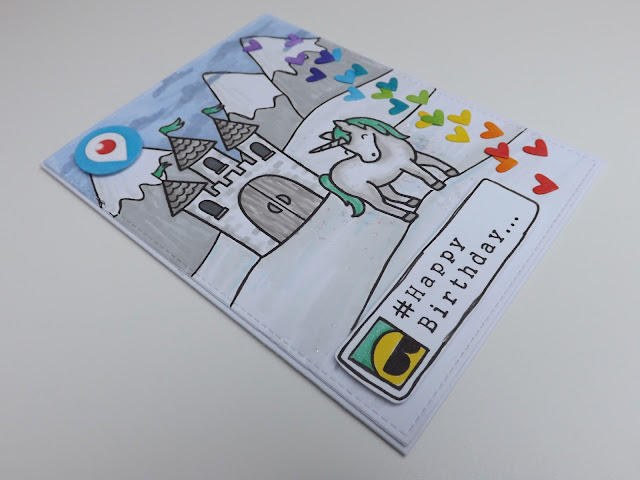 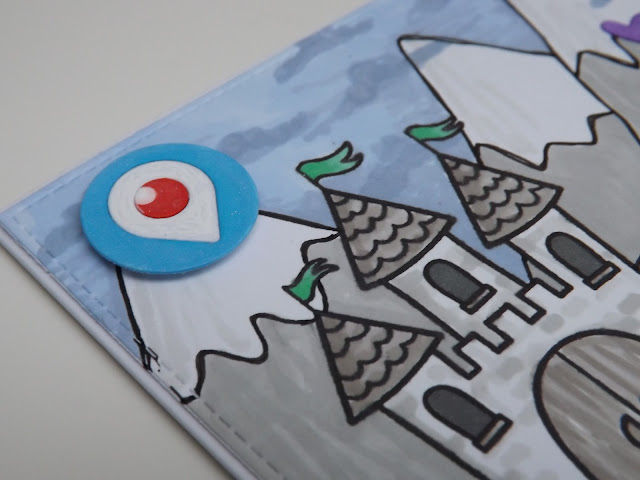