A Little Humming-Birdie Told Me :D 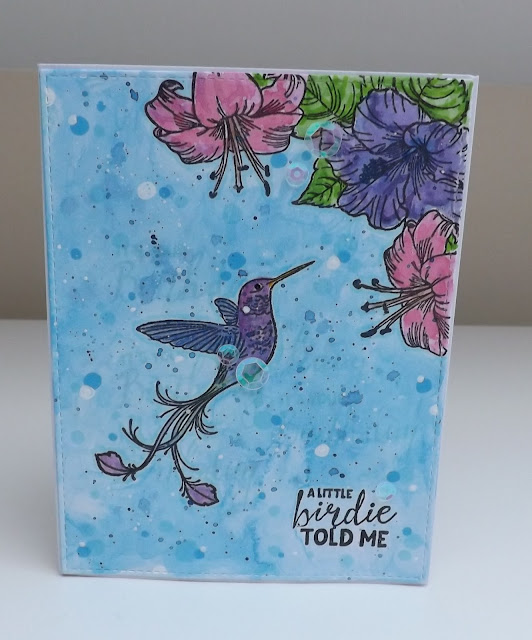 This was the sneak peek card from yesterdays video, I also made this one using the Hummingbird Designer Collection embossing folder and stamp set from issue 153 of Simply Cards and Papercraft :D Watch out for another video soon where I had a rather unexpected idea for the Hummingbird's tail feathers :D :D

Originally I was going to leave this card in the 'another year flies by' cards video, hence the sneak peek, however I felt that their styles weren't similar enough, so I split them into two separate videos :D I didn't originally plan to watercolour this card either, so its actually just stamped on some smooth white card, but it works just as well as if I'd used watercolour card :D I created my composition of stamps doing a little bit of masking for the flower cluster at the top, and then decided to use my watercolours.... I ended up using my Windsor and Newton Cotman set, as I really wanted to use Dioxine Violet (my favourite) on the Hummingbird :D I also added in a little bit of dark blue Cosmic Shimmer watercolour paint too, a little on the bird and some on the stamen of the flowers, as well as a few splatters in the background... In my head a scene with a Hummingbird hovering by some flowers needs a bokeh background, so to attempt a rough easy version of this I first started with a couple of overall washes of blue in the background using a wider brush, and then I added some splatters (I added some while the initial wash was wet, and some more after it had dried!) and also later on towards the end of the video I added in some circles in two shades of blue Promarker (Powder Blue and Sky Blue I think) and also some white :D

I'm not entirely sure what colour a Hummingbird should be, but mine ended up with a mixture of blue, purple, pink and green :D I also attempted adding a bit of 'visual texture' to the background too, I used Soft Pool Hero Arts ink and the 'it's your birthday' sentiment from the stamp set and I stamped this a few times behind the bird (I made a mask for the bird before I did this too) it's very subtle, but you can just about see it in the photos :D The final finishing touches was a little bit of Spectrum Noir Sparkle (I actually applied it with a normal paint brush instead of its brush to give a more subtle effect) and a scattering of sequins (if you look back through my cards, you'll notice that I like to use 2 big sequins and 3 small sequins, not sure why this is, but I just realized that's what I always go for :D) Hope you like the card!! :D

Here's a few more photos showing some of the subtle details :D Please do leave any questions in the comments :D 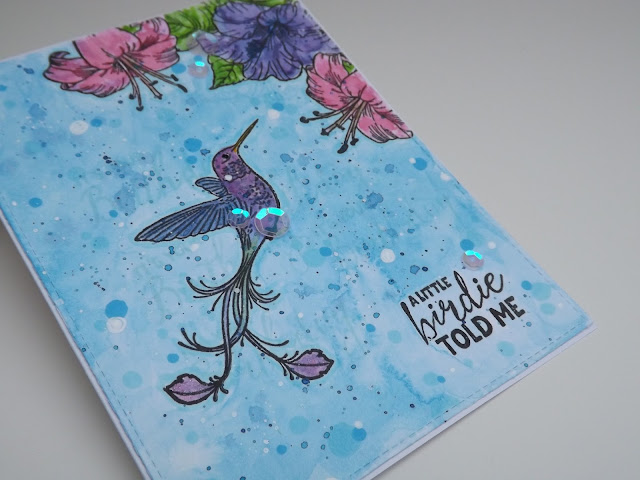 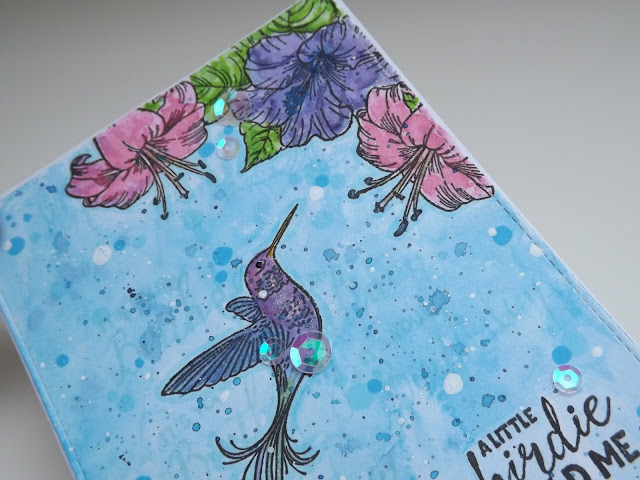 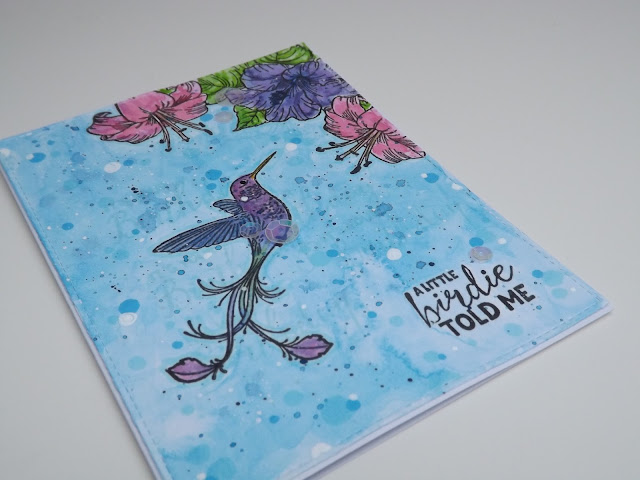