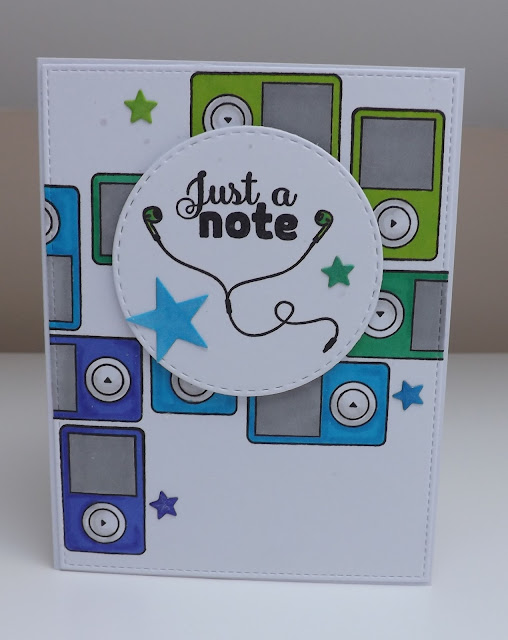 I made these two cards using the We Love Music stamp set from issue 31 of Creative Stamping :D I did two versions of a similar card using similar supplies, however one is coloured using alcohol markers, and the other is filled in using a custom stamp :D I really love this stamp set!! I have sooo many more ideas that I haven't gotten round to trying yet, but its perfect for my generation because it includes cassette tapes and ipods :D

For the focal sentiment panels, I used a stitched circle die (Simon Says Stamp) and some Onxy Black Versafine ink (this is the best black ink ever!!) and I combined two of the stamps, the perfect thing about this set is that they are clear, which meant I could move the headphones apart a little more so that the just a note sentiment would fit inside perfectly!! :D I then started stamping the backgrounds, I did two different versions, stamping both in a geometric style where one flowed diagonally across the card, and the other is a complete background. For the blue green version I decided to colour in the ipod images with Promarkers (Lime Green, Bright Green, Lush Green, Emerald, Cyan, Aegean, Prussian and Royal Blue for the ipods and some Cool Greys for the screens) and to finish this card off I used a scattering of die-cut stars which I coloured in to coordinate with where I placed them on the background :D

For the second card, the yellow, orange and red version, I used Hero Arts Inks to colour in the images (Lemon Yellow, Butter Bar, Orange Soda, Pale Tomato, Neon Red and Wet Cement for the ipod screens) There were two reasons for doing this 1. I already had this idea, 2. it took a while to colour the other card, and I was being lazy lol :D So my idea was, stamp the ipod image twice on some funky foam, and cut them out by hand, one would be for the coloured section, so I used a combination of scissors and a craft knife to cut out the screen aperture and the button, and the second was just the screen. I then attached this to an acrylic block (I have one that I keep for doing anything like this) with a little bit of Crafter's Companion tape pen (you could use any adhesive), and used this as my own custom stamp to colour in all the ipods :D To change between colours, start with your lightest colour and clean off in between with a baby wipe and some kitchen roll :D This does give a slightly messier effect, especially when you don't align them perfectly, but I actually preferred this version out of the two :D I then finished this card off with a few sequins... and as the final finishing touch to both cards, I used my Clear Sparkle pen to flick some glittery splatters all over (make sure the brush is nice and juicy with sparkle, and this should work really well by tapping the barrel of the brush against your finger :D)...

To see the process behind these two card, please watch my YouTube video below, or over at my YouTube channel CRaFTi PoTeNTiAl :D

Some more close up photos below showing the two different colouring techniques and the glittery splatters :D Hope you like the card, if you have any questions, please leave them in the comments below :D 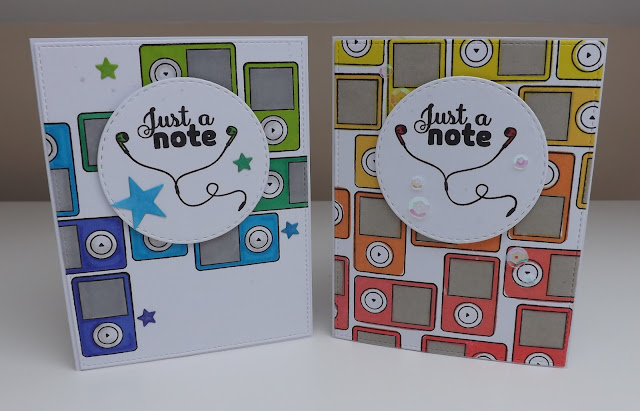 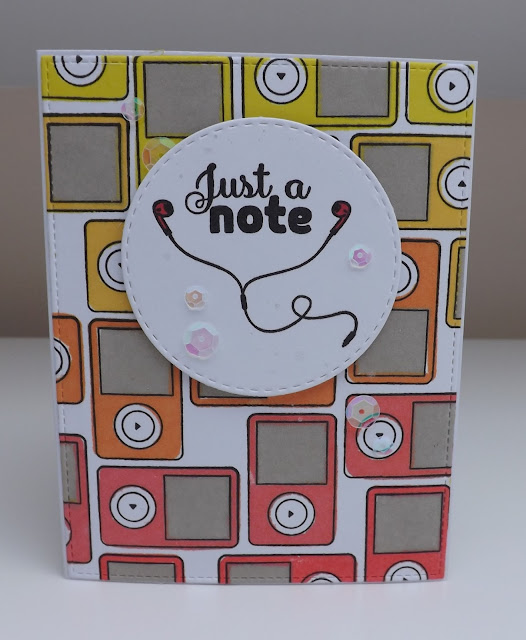 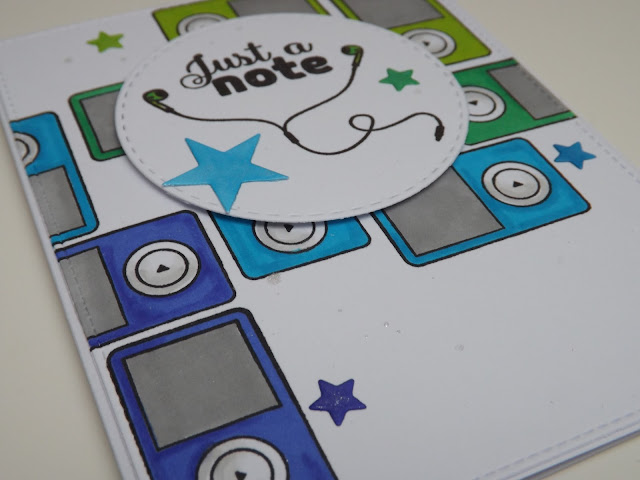 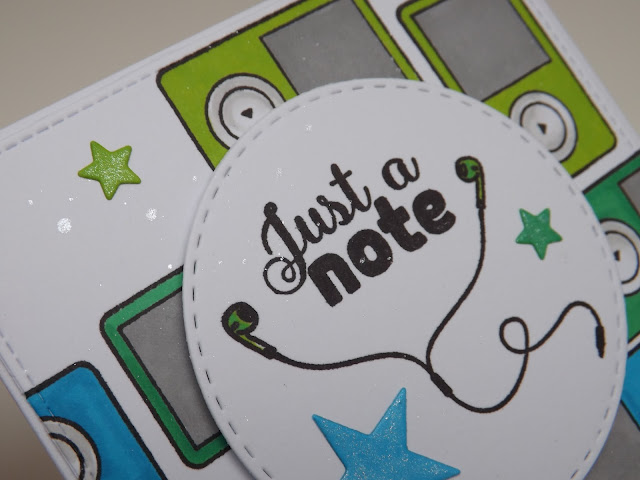 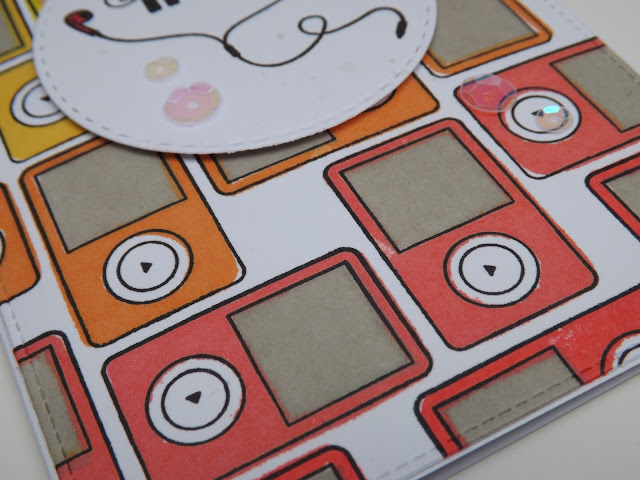 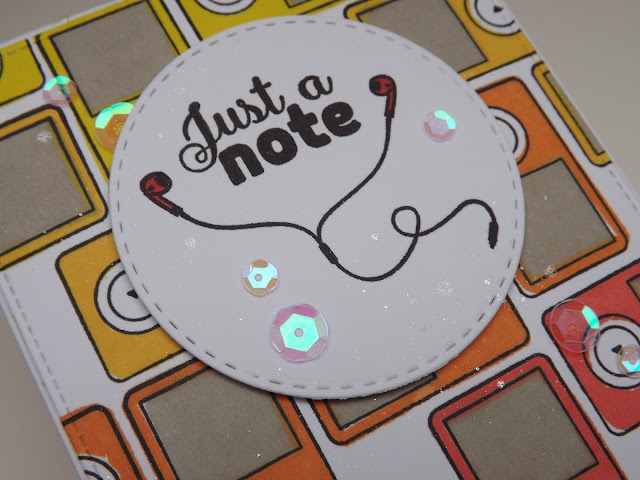 Thanks so much for watching!

I'm entering these cards into:

Posted by Crafti Potential at 14:49