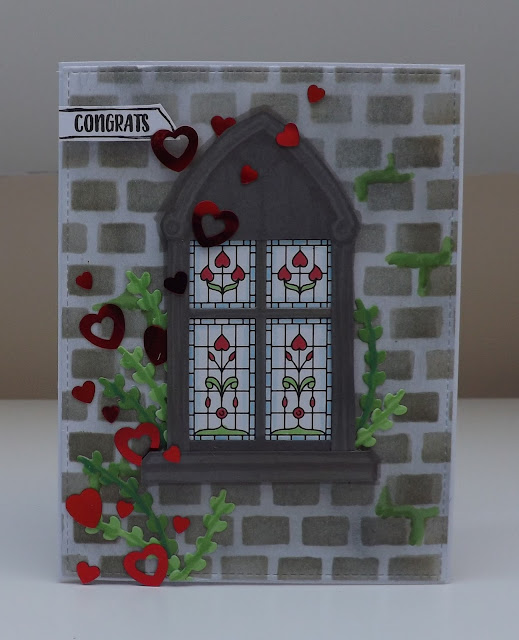 A wedding card inspired entirely by the little stained glass window image from the paper pack included with Die-Cutting Essentials Special Edition Volume 3 :D I also used the stencil, stamps and dies which also come free with the magazine too :D

To create my stone wall background, I used the free brick wall stencil, and some Hickory Smoke, Brushed Corduroy and Black Soot Distress Inks with an ink blending tool :D I then drew on a few bits of moss using a green Promarker, and I cut and coloured some foliage too using the Spellbinders Woodland Wreath die (some of the smaller elements) and a couple of green Promarkers :D I then cut the free ornate window die from some Slate Grey Creative Expressions Foundations cardstock and I added a little bit of Distress Ink to the piece of Slate Grey card before I cut it too, to tie the colour in better with the stone wall :D I then used the window die-cut as a template and created an arched church window which I later added shading to using Promarkers and then combined with the window die-cut (you can see what I mean in the video below :D The main inspiration for this card was the small stained glass window image included in the free paper pack, I know it's meant to be in a front door, as it's not really the kind of stained glass you'd find in a church, but it instantly made me think of this idea, so I just had to create it :D The final finishing touches were then the little Congrats sentiment from the stamp set, and also a scattering of red heart sequins :D Hope you liked the card :D 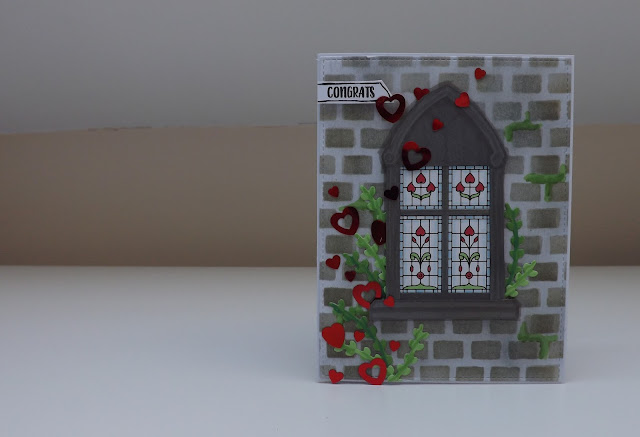 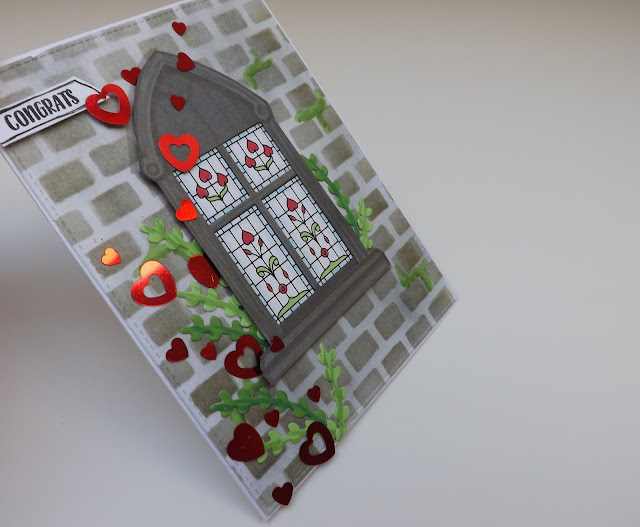 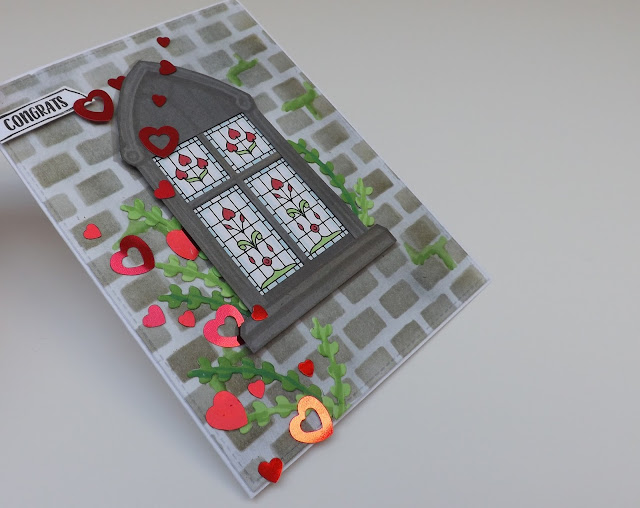 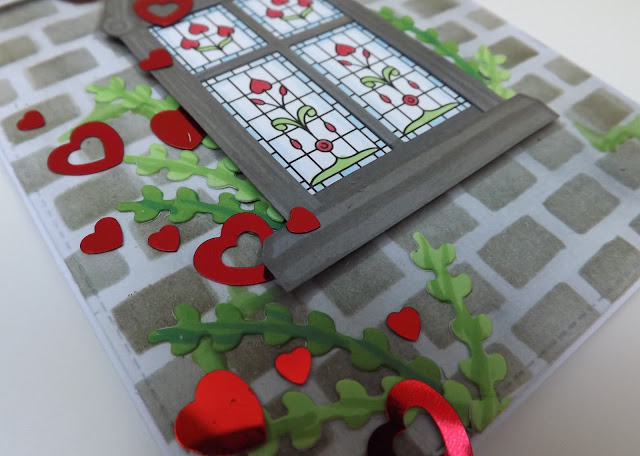 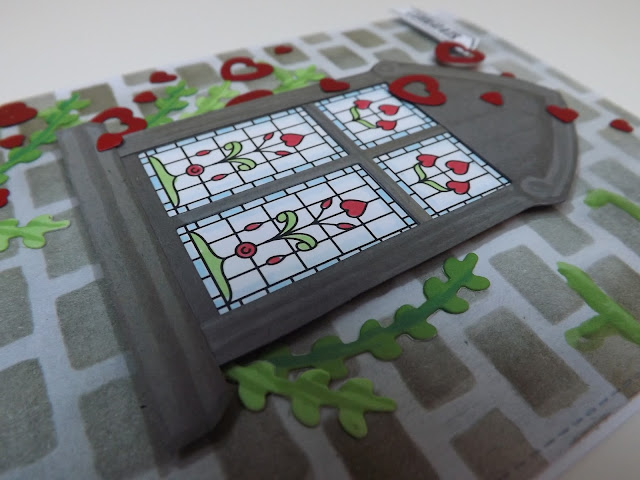