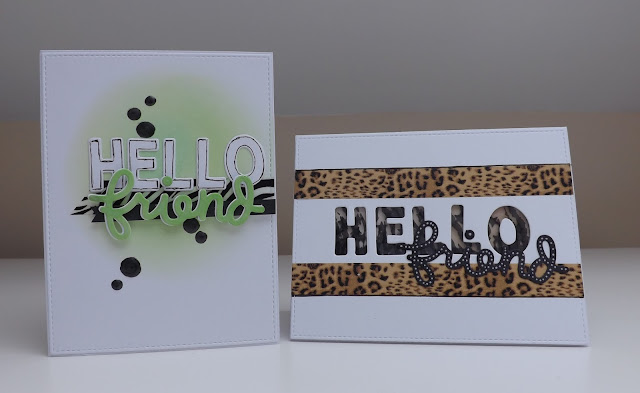 A pair of hello friend cards, one is a shaker, and the other uses the 'waste' from the shaker windows :D I wasn't originally planning for the shaker card to turn out like this, but I found a scrap of tiger print acetate and the animal theme just escalated from there :D I shall have to do another one at a later date using my original idea :D

The shaker card is just a very basic shaker, but made to look a bit more complicated by having five separate windows from the outside :D I used the Lawn Fawn Quinn's ABCs Dies to create the Hello window, and when spacing out the letters, I used the F (which is a similar size to the L) to leave the right amount of space for the duplicate letter :D For the friend part of the sentiment, I used the Lawn Fawn Scripty Friends die, and I simply cut off the s by rounding the end of the d to make it look as though it was meant to be :D For the card using the so called 'waste' I ink blended a mixture of Cracked Pistachio and Twisted Citron Distress Inks to give a subtle glow of colour, and I used my Leaf Green Promarker to colour one of the friend die cuts :D For the Hello part of the greeting, I added a sketchy black line around the edge of the letters to give a more defined edge and make them stand out from the background more (You could use the matching stamp set too, however I don't have it) I layered a strip of zebra washi tape and a piece of black card behind the focal sentiment, and I added some Black Pearl Cosmic Shimmer PVA glue as my embellishments (I ended up making a bit of a mess with this, and my finished circles aren't really that round, but I do like the swirly effect you get from the mica in this Cosmic Shimmer PVA :D) Hope you liked the cards :D 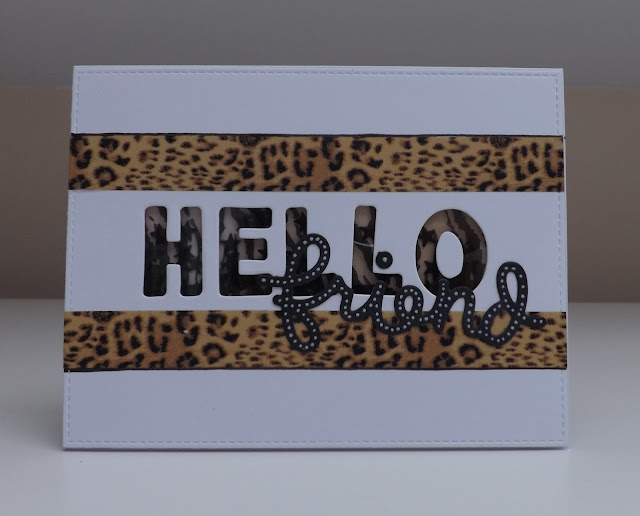 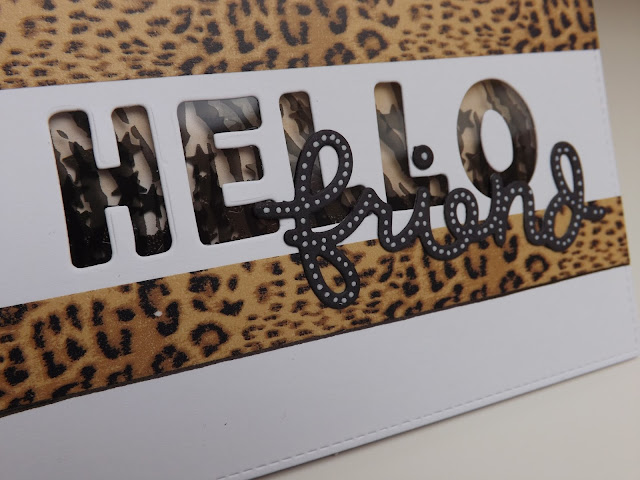 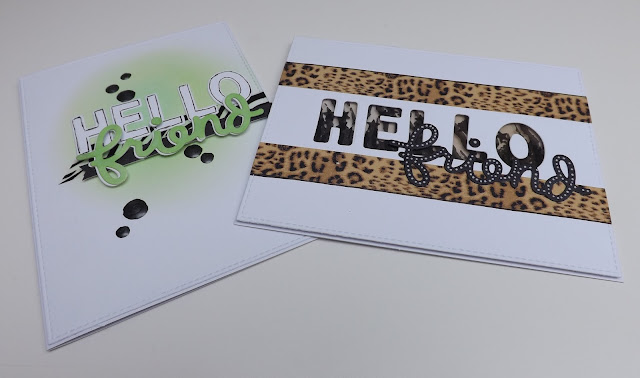 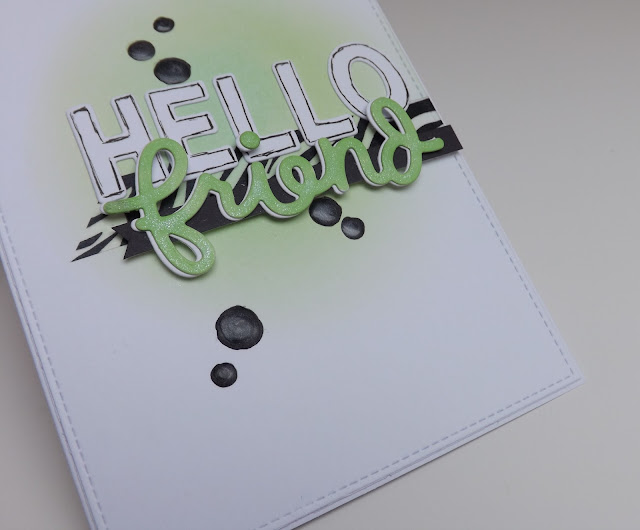 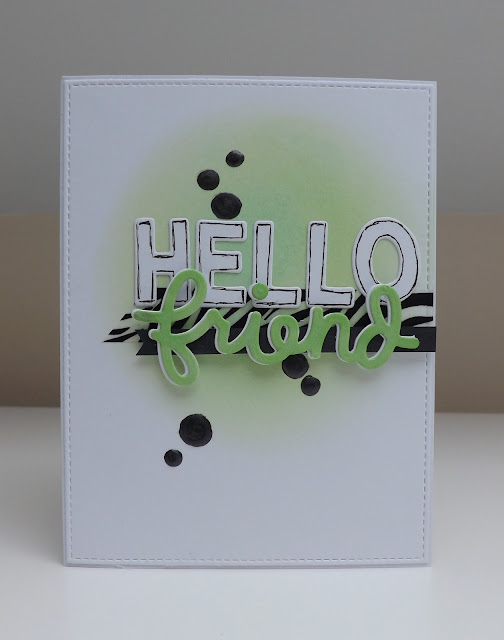 Posted by Crafti Potential at 17:47