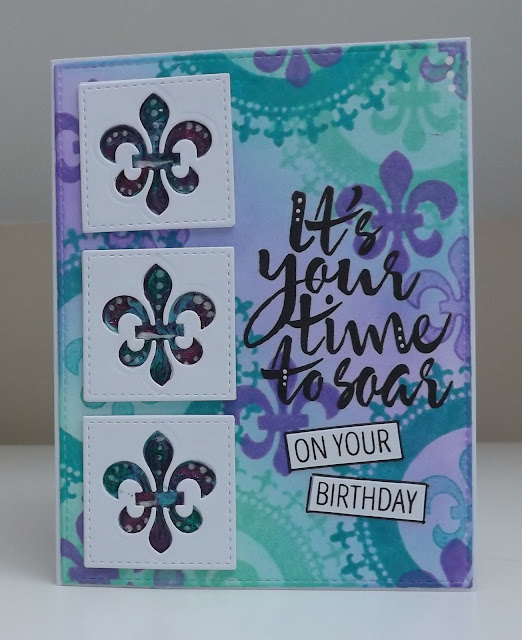 I love Fleur De Lis!! and I finally got my hands on some dies which incorporate them :D This was a birthday card for my Mum and she loves Fleur De Lis too :D For this card I decided to try and recreate my Mixed Media Pebeo Fantasy technique which I've shown in a couple of cards recently (There'll be more to come too :D) the Fantasy Christmas Tree and Also the Mixed Media Hearts too :D However this time, I wanted a medium that wouldn't take quite so long to dry, partly because its always good to have options, but also because I really wanted to give this card to my Mum and I only made it yesterday and her birthday's today lol :D Anyway, the new medium is Cosmic Shimmer Pearl PVA Glue!! and a little bit of Cosmic Shimmer Sparkle PVA glue too :D Luckily I had colours in these to coordinate with the Distress colours I'd used (Cracked Pistachio, Peacock Feathers and Wilted Violet) as I hadn't thought about using these until I realised the card wouldn't have enough time to dry lol :D

So I started by doing all my die-cutting, I cut my base panel, and nine small stitched squares (I cut nine so that for each element I would have three stacked up in the end, this gives a nice well for the paints or glues to sit in and it also creates a nice eye-catching element on your card :D) I also die-cut the Fleur De Lis out of each of the nine squares (if you use stitched squares like I did, it's really easy to line them up so they will be almost identical, because you can use the stitches as a guide when lining up the intricate die :D) I then cut the Fleur De Lis out of funky foam, and I cut a Royal Circle die from Spellbinders from some funky foam too, using a basic circle die so that it would become a ring... For the background I blended on my three Distress Ink colours, and then I used the same three colours to stamps my custom made stamps...

Once my background was finished, I stuck down my three focal elements one above another on the card front (at this point, they are just two stacked together, as I used the third one to cover up any mess I make :D)... Now for the fun part of swirling in the PVA glues, I used Teal Sky, Rich Plum and Cosmic Pearl in the pearly PVA range, and then Plum Sparkle (I'm not sure if that names right...) and Holly Sparkle in the sparkle PVA range :D I splodged in a few dollops of each of these and then simply swirled them together with a cocktail stick :D Once this was dry, I then stamped on my sentiment, both parts of which were from two different Avery Elle stamp sets :D And I also added a few accents with a white gel pen and also some clear sparkle pen too :D Hope you like the card!!! I really LOVE the way it turned out, who knew you could make an old fashioned Fleur De Lis look so modern lol :D :D :D 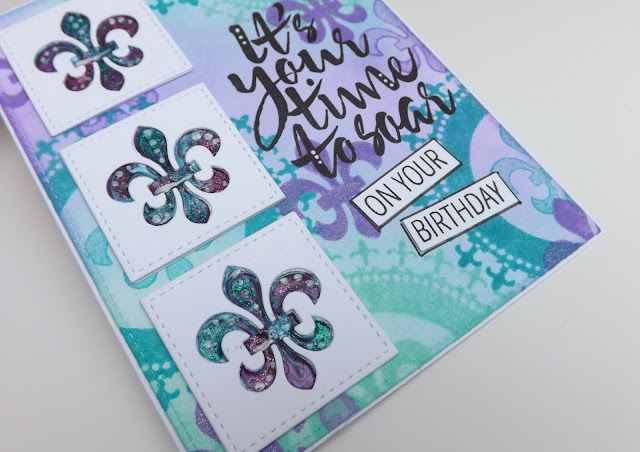 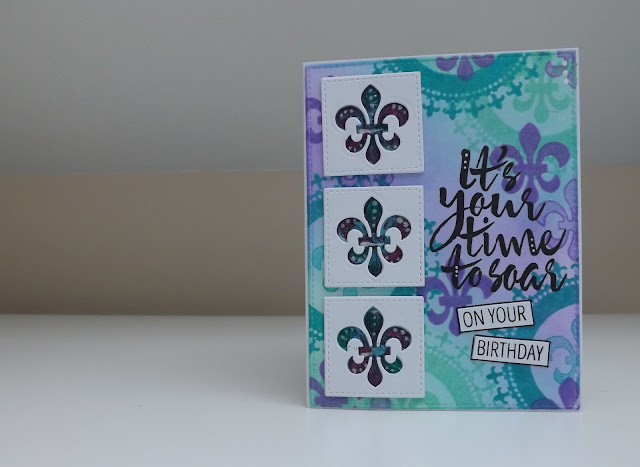 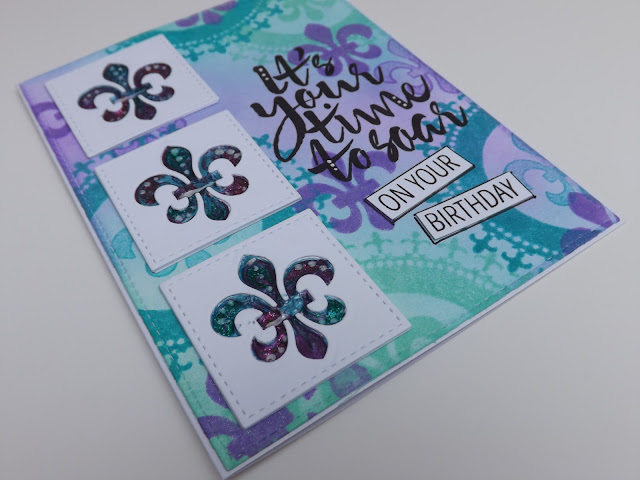 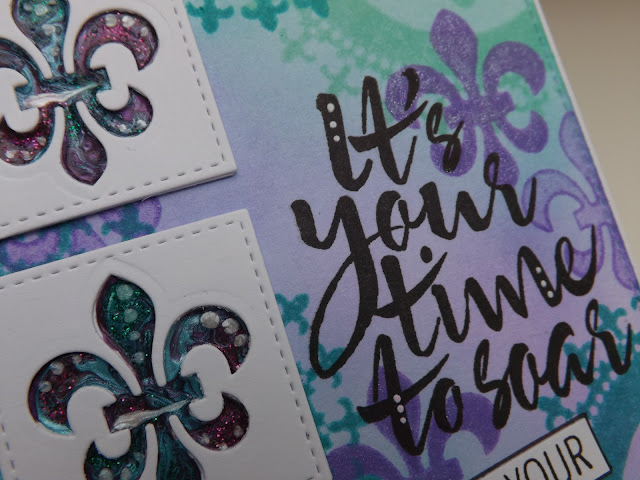 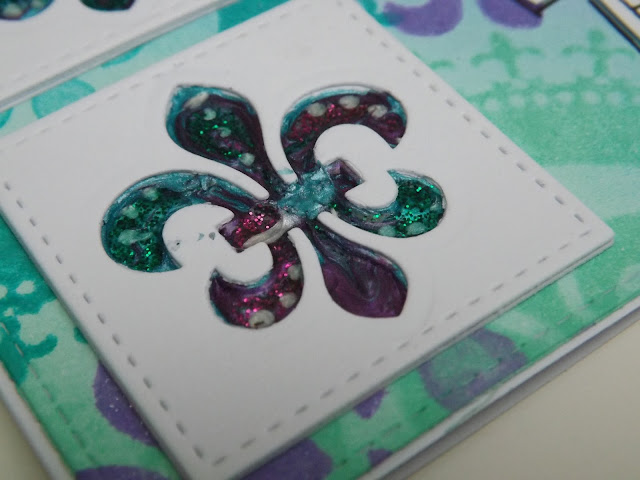 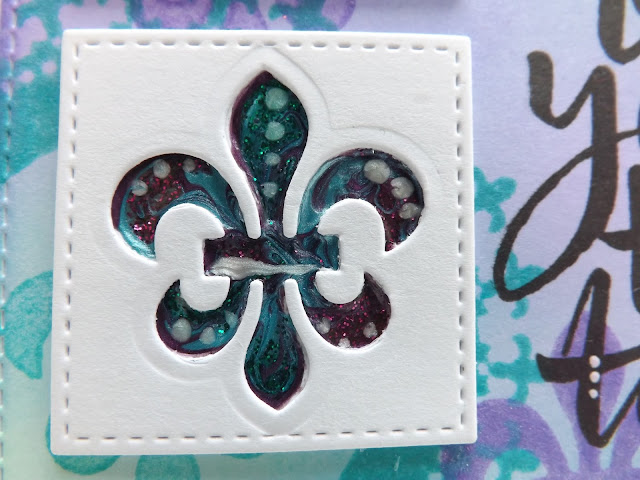 I'm entering this card into the Simon Says Stamp Wednesday Anything Goes Challenge :D
Posted by Crafti Potential at 18:55