I had the idea for this back in June when I had just finished my exams, and I've just gotten round to making it... I was going to make everything from scratch, however the other day in my local garden center, they had reduced a pack of those Wendy Vecchi art parts, and so I got the one for a cupcake stand for £1... and so that's what made me finally make it... the 2 paper board circles I used for the bottoms of the toadstool tops should have been the bottom of the cupcake stand, and the square with the 4 separate scalloped edges should have been the top part for the cupcake to stand on... I was quite pleased that the pack happened to have the perfect pieces in it :D Then for the 'stalks' I used a few of my mums old wooden cotton reels and I had a pack of smaller ones which I used too :D For the tops (the pin-cushion part) I cut a polystyrene ball in half (and by luck the diameter of the paperboard circle was the same as a polystyrene ball I had brought to make a bauble from) I then used super strong tape around the perimeter of the bottom edge and stretched over a piece of red and white spotty fabric :D To neaten up the edges I then used super strong tape again to stick a length of ribbon around the seam and finished the join with a bow (the stripy red and spotty green ribbon was from a spots and stripes ribbon pack, the red bow was from the portobello road range, and the green bow was from the winter me to you bow pack :D Then I just added some pearl headed pins and a little bit of red and white stripy bakers twine :D 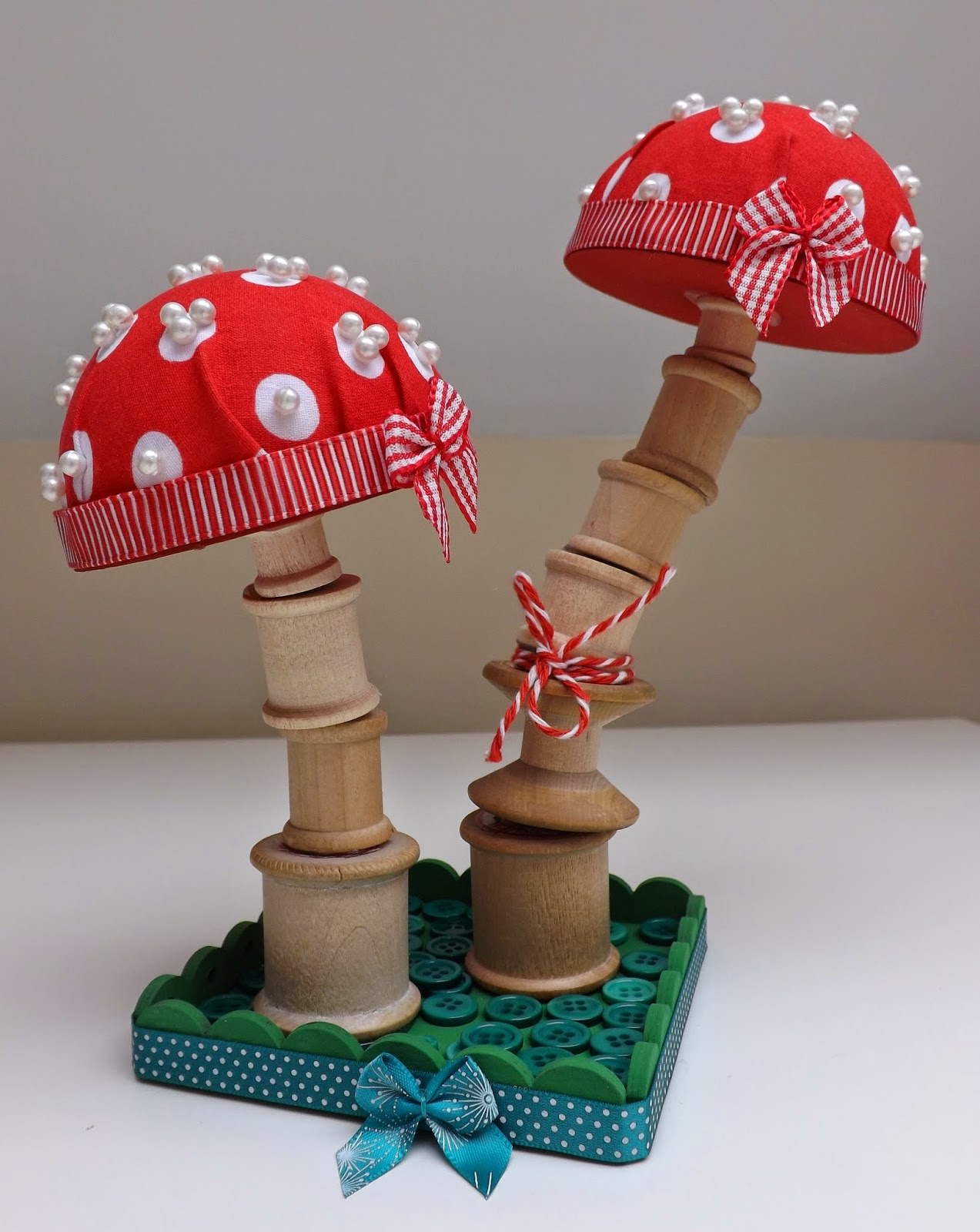 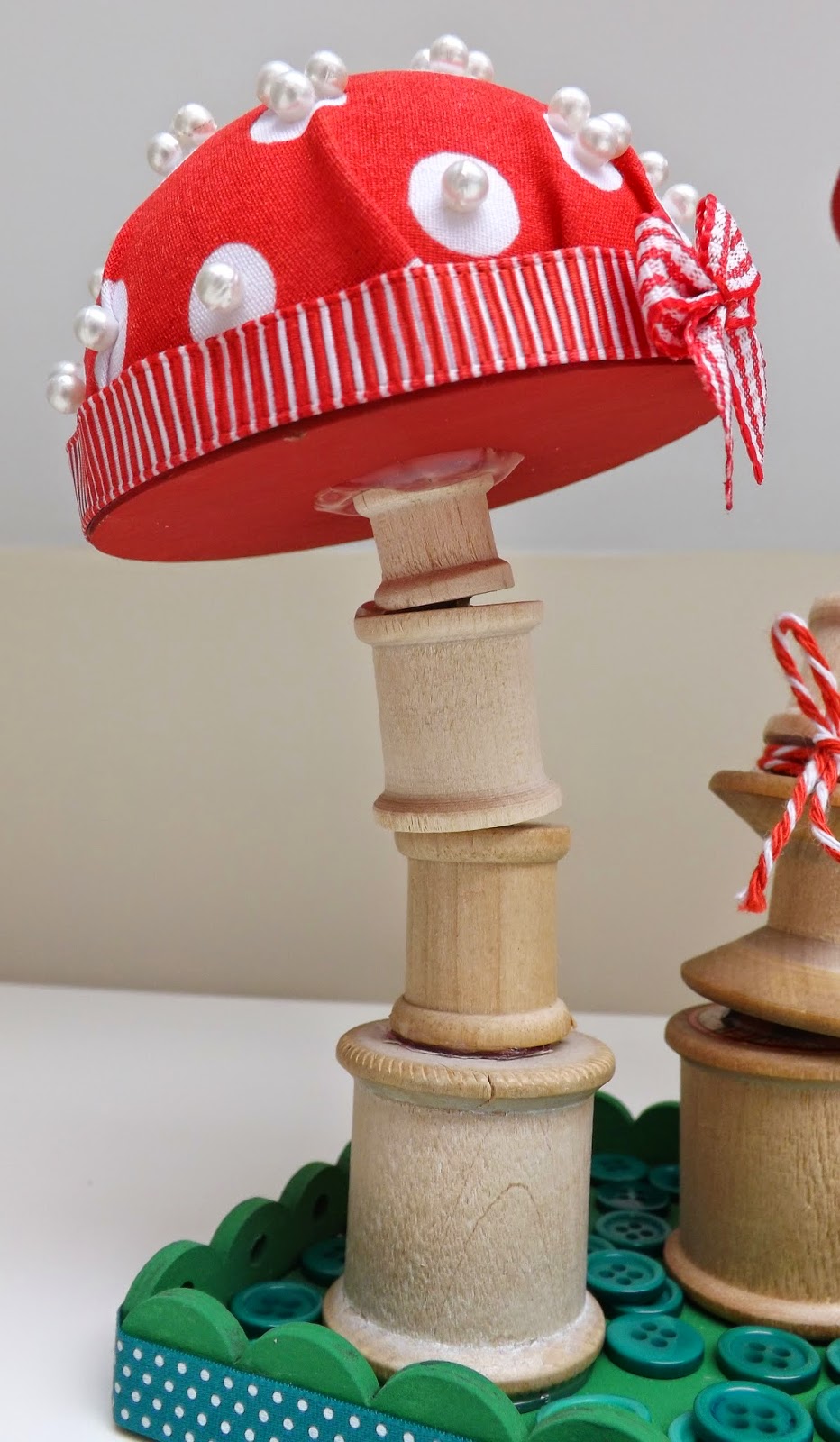 Posted by Crafti Potential at 17:18