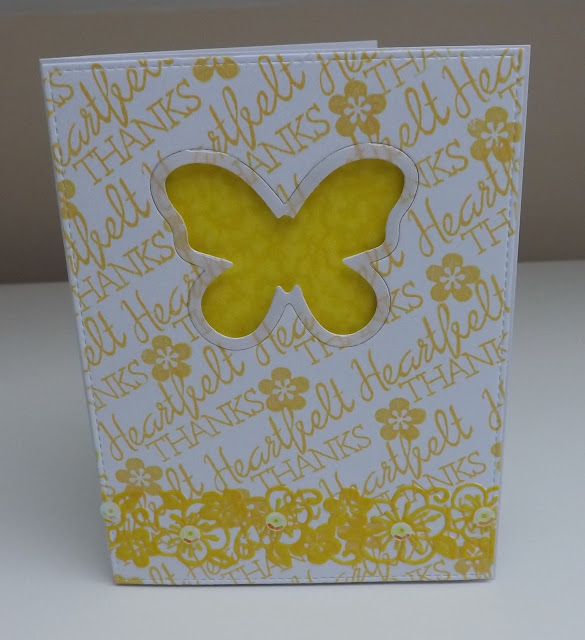 The yellow card above was the first version of this card, but I decided to make a video, so I made 3 more (below) in different colour combos :D Its a pretty simple card using the Floral Flutter free gifts from both Simply Cards & Papercraft and Papercraft Essentials :D

To start, I cut my panels of white card using the large stitched rectangle die from MFT blueprints 13, I then chose my colour of ink, I used Hero Arts Ink Cubes, for the yellow I used Butter Bar, the blue version was Tide Pool, the pink was Ultra Pink and the orange was Orange Soda :D I chose these colours to go along with the papers I had decided to use behind the butterfly aperture (I got these papers ages ago, literally 10-15 years ago, and I really liked them, so logically I had to save them and not use them lol, so I have finally used some of them now lol). I then stamped the background panels using the Heartfelt Thanks stamp (I could have added pencil lines to the card so everything was on the same angle, but as I was going for an all over effect, I just decided to go free-hand :D) Once I'd added the sentiment stamp, I decided it was a little too empty so I also used the small flower stamp to fill in the gaps :D

Next step was die cutting the butterfly aperture, I used both dies together so I could in lay in the thin frame around the opening. I then decided to use the border embossing folder too, and added that just along the bottom, however with all the background stamping I felt like it got lost, so I carefully traced over the design using a coordinating coloured promarker :D Canary for the yellow, Mint Green from the blue, Cerise for the pink and Mandarin for the orange...  To finish them off I added Spectrum Noir Clear Overlay Sparkle Pen to all the small flowers (both the stamped version and the embossed versions) and also to the thin frame around the butterfly aperture too. I added five 5mm clear sequins to each card in the centres for each of the larger embossed flowers on the border, and for the final finishing touch, I went round the thin frame on the perimeter of the butterfly aperture with some Anita's 3D gloss (in a fine applicator bottle, to make it easier) :D Hope you like them :D

To see the process behind these cards, please watch my YouTube video below, or on my channel :D 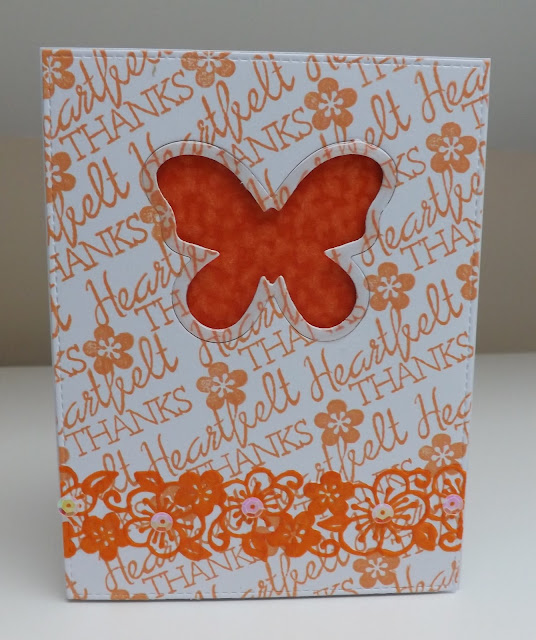 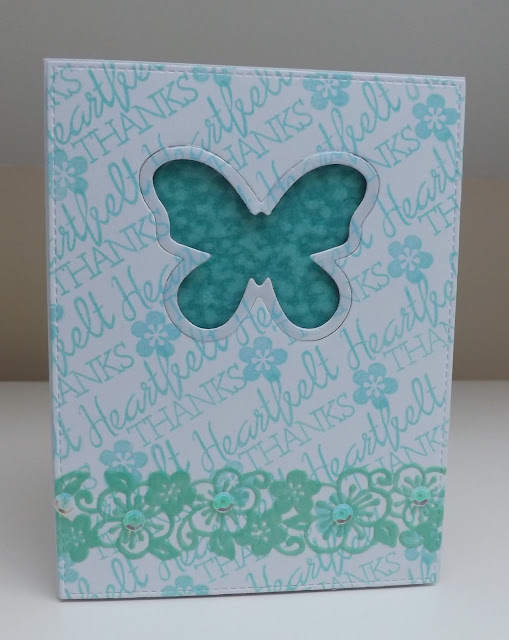 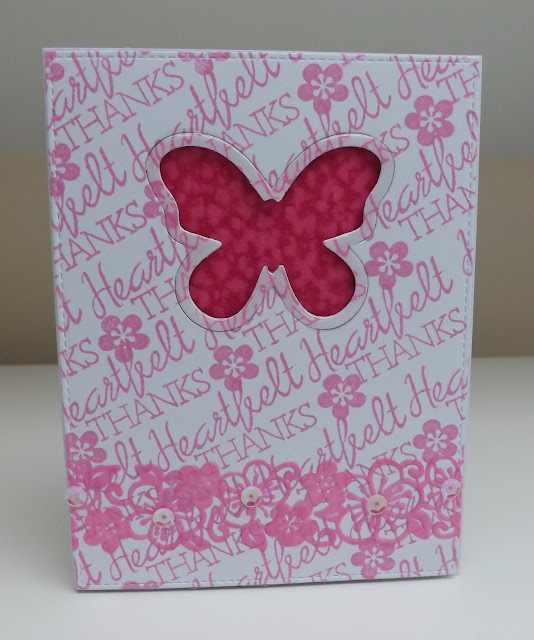 Posted by Crafti Potential at 11:08