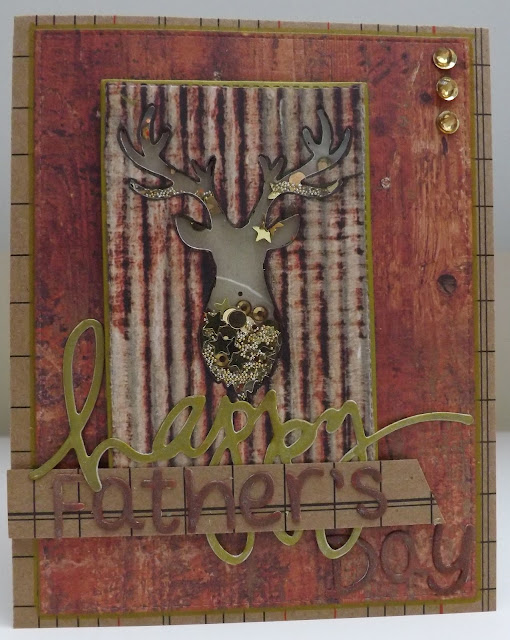 This is my attempt at this years Father's day card, I based my idea around the free pack of paper on this months Docrafts Creativity magazine, I just had to use it because its called 'Mr Smith's Workshop', and my Dad is Mr Smith lol :D Its a pretty simple shaker card, I used the MFT stitched rectangle stax to cut a rectangle from the faux corrugated card paper, and also used the Ultimate crafts Stag die which I got from Craftstash a little while ago (love this die!!). I then used some of the wood effect paper and cut the large stitched rectangle from the MFT blueprints 13 die set (my absolute favourite die!!!). The happy die is from Heidi Swapp's word die collection and the father's and day are cut from the upper case and lower case Apple Blossom alphabet dies (a brilliant alphabet!!) The gridded kraft card is from Papermania, and it was a 12x12 sheet which I cut down to make a custom sized card blank, roughly A6 size, so that you could still see the grid lines around the edge of the focal panel. I coloured the happy, and around the edges of the two rectangles with a gold pen, I got this from The Works ages ago, and I keep forgetting that I have it lol :D For the shaker elements I used some gold gems (this is the first time I've put gems in a shaker, but I think it really works, you've just gotta be careful to make sure they're round the right way before you seal them in!), some gold discs (which were actually some table confetti I got from Morrison's), some gold star sequins, and finally a mix of gold and silver microbeads :D I filmed the making of this video because recently when my Mum and I have been watching Youtube videos, my Dad keeps getting glued to them and keeps saying things like 'they're using so and so, they should have done this instead' etc pretending like he knows what he's talking about lol So I thought it would be funny if he watches the process behind his Father's Day card :D

To see the process behind this card, please watch my Youtube video below: 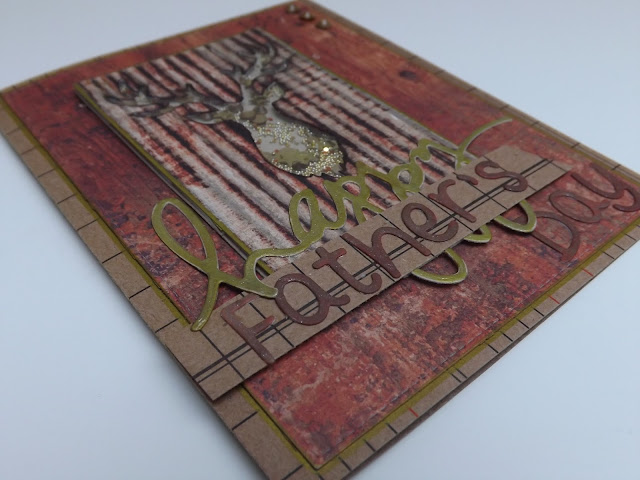 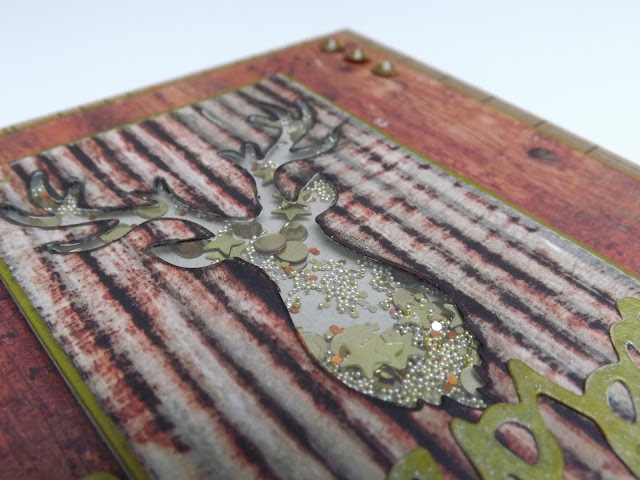