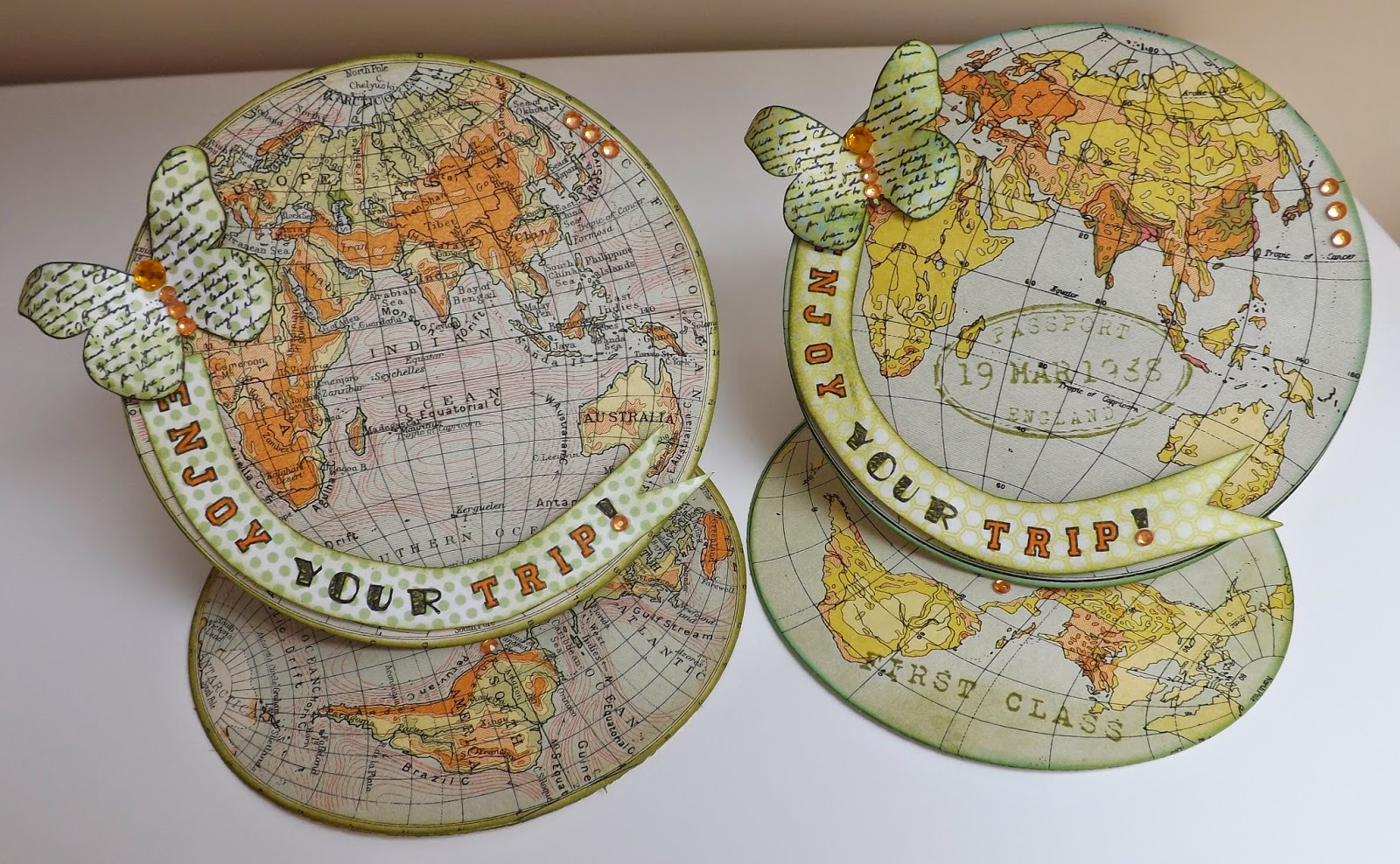 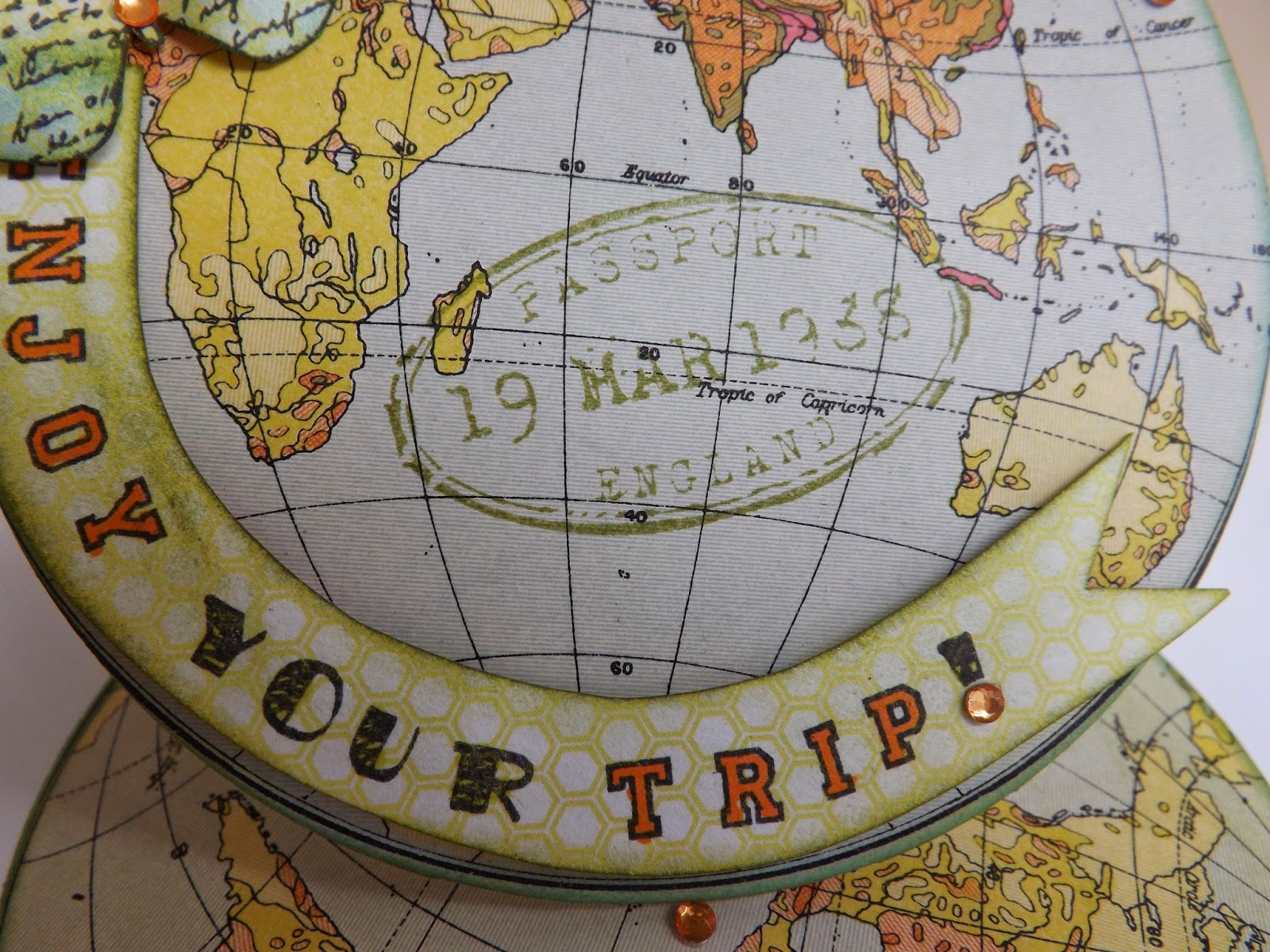 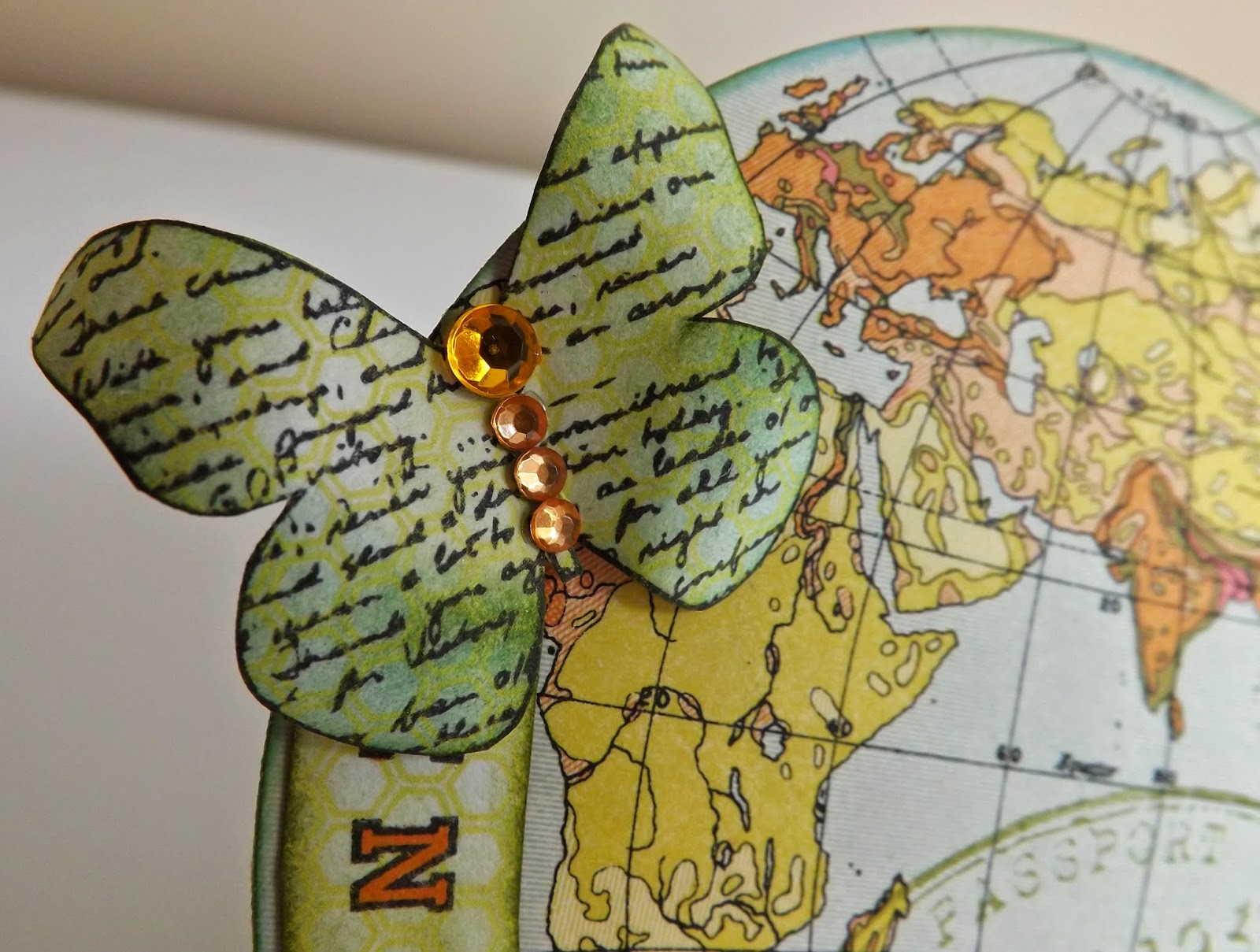 I found a really old World atlas encyclopaedia which I didn’t particularly want any more, and I turned to a few pages in and saw these small circular maps of the world showing both sides. They were showing different things such as population etc… And I thought they would look perfect as a circular easel card, and just by luck, the largest Xcut nesting die fitted perfectly :D So firstly to get the base easel card I placed my largest circle die on a pre-folded A6 card blank, hanging the edge of the die off the card so that a spine would be left attaching the two sides. I then used the same size circle to cut out the globes from the pages of the atlas, and then cut another circle out of a further A6 card blank to stick to the back of the map for the top globe so that it was sturdier as the upright part of the card. I also inked the edges of the globes just to get rid of the harsh edge (on one card I used green ink and on the other card I used blue). I scored across the middle of the top circle of the card parallel to the spine to create the easel, and then I attached the strengthened globe to the folded circle and the second globe to the base of the easel card. Then I spelt out my sentiment ‘Enjoy your Trip’ curving the letters on an acrylic block and stamped it onto a scrap piece of some happy days paper and I cut around the letters in a curved forked tail banner shape. I then used another scrap of paper for a butterfly, which is from one of the bookprint stamp sets (it has to be my favourite butterfly ever!) Then I finished it off with a few gems for the body of the butterfly, a single tiny gem to prop up the easel and a trio of tiny gems to balance the top right of the circle :D I really love the final look of these cards, I just need to find someone to give them to :D Also on one of them, it looked a bit empty, so I used a couple of the docrafts all abroad stamps :D

Posted by Crafti Potential at 20:10